I reached the end of the street. It curved and I saw a lonely blue house on the tiny block that was made by the curve.

It was the only house on that block and there was a field surrounding it. I got to see how alone and out of place it looked when I saw it from the top of the six floor parking garage across it.

This is pretty accurate.Except the grass isn’t green out here.

There was rolled up carpet filling the small driveway. The front doors and windows looked secure and purposefully locked. But as you walked to the side it was like looking into an empty skull. Half the wall of the garage was missing. And the back door was leaning against the wall. Guess they found a new spot after all.

There was actually a truck parked in front of this house. There was a really old boat in the driveway. I was amazed someone could actually live here. Maybe it’s Poison Ivy and the Gotham Girls. There are an impressive amount of cats in Victoria. 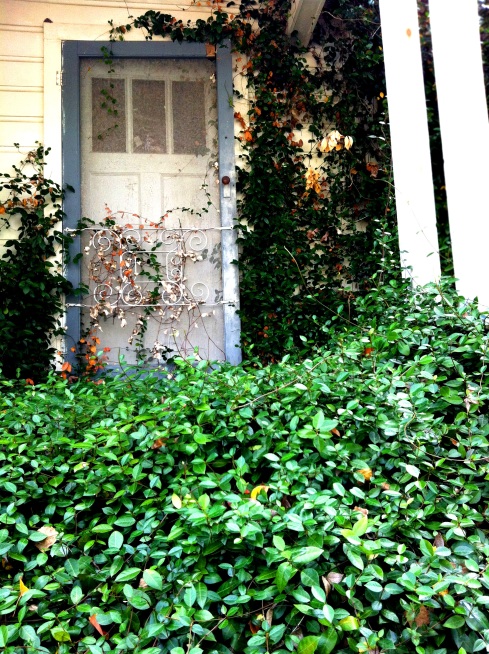 People can be really friendly. Right after I walked to the door of this house and took a picture, the next door neighbor came out to her car. I felt weird. She gave me a confirming look.

When I walked back around she was sitting with an older man who could have been Santa Claus’s cousin. He told me he thought Orbison was cute. Then he asked if he could have him.

No, thanks Mr. Claus! 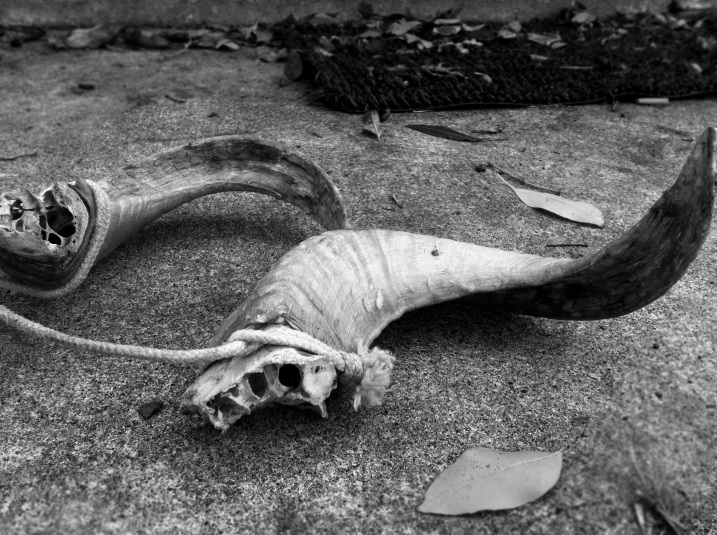 The more I walked around that neighborhood the weirder it got.