My cousins came to visit me this past week during their spring break. They brought the ghost of college past with them and I’m still trying to kick it out.

My cousin is 18 and she is my pride and joy. I have a very special bond with all of my cousins but she is the closest woman in age and proximity to me so we relate to each other the most. She’s also the one who comes to me the most for advice.

She brought three friends with her from college and the conversations they had catapulted me to when I was in college. They would huddle in my car as I chauffeured them to their next tourist destination. As they became more comfortable with me they would talk about their lives. I found myself wanting to interject so many times. Most of the time, I just wanted to scream, “None of this is going to matter next year so stop worrying about it!” But I’m sure someone told me that at their age and I didn’t listen so why would they. I remember thinking I knew everything at 18 and I was incredibly complicated.

My cousins can tell you I’ve plagued them with unsolicited lectures their entire lives. I would talk to them about everything from work, school, sex, drugs, relationships, death, love, and sacrifice.

A lot of the lectures stemmed from little life lessons I learned and mistakes I made that I wanted them to avoid. After finishing college and joining the workforce I slowly stumbled into bigger regrets. I know I’m not special in having regrets about college years, but it’s terrifying thinking about them and then wondering if you’re making making mistakes now that you’re going to regret later.

We’ve all had that moment where we’ve wished someone would drop out of the sky and tell us what’s really going to matter in five years. Some people say you should never regret anything because at one point in your life it was something you wanted. Others think if you just say yes to every opportunity you’ll never regret anything.

My other cousin who came to visit is 22. He brought his girlfriend of almost a year. He’s like a brother to me, but I stopped lecturing him early in life because he has a strong personality that cannot be stirred by anyone. It took me a long time to learn that he was always going to be too proud to accept help from me. Unfortunately, this isn’t an anomaly in my family and it shouldn’t have taken me that long to recognize I was looking in a mirror.

The more I reflected on my cousins’ youth the more I saw how I wasn’t much different at that age. A lot of the posts I write might sound like I’m giving unsolicited advice, but they’re just meant to be a retelling of experiences. Your experiences can feel lonely when it seems like no one around you is going through the same thing. When I write I hope someone can relate. It never occurred to me that maybe someone could drop out of the sky and tell me what’s going to matter in five years.

An older friend serendipitously sent me a message about my previous post with the perspective of age at the exact time I was mulling over the idea for this post. He had the same experience reading what I wrote that I had listening to my cousins. He remembered having the thoughts I had and feeling the way I felt, but he also explained how those feelings would change as he got older and learned what really mattered.

When I was 18 or even 22, I probably would have rolled my eyes and thought, “There’s no way this person knows how I’m going to feel in the future. We’re so different.” But with the perspective of age I know that it’s not just possible but probable.

Maybe in another ten years I’ll go back to thinking I know everything but for now, please send me your unsolicited advice. 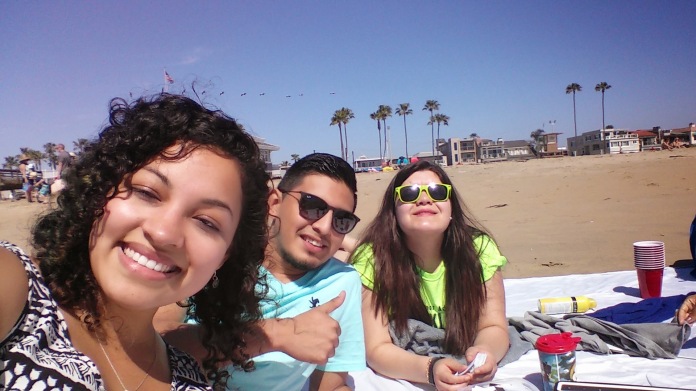 One thought on “How spring break gave me an open mind”